The Label Project – my week of Jacobs Creek 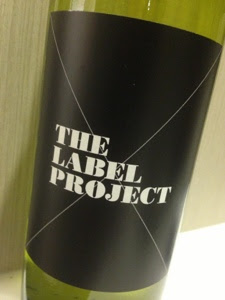 The Label Project – my week of Jacobs Creek

Tying in nicely with the end of last week’s Budget Wine Week, I’ll be spending the next few days ensconced in the world of Jacobs Creek, one of Australia’s most well-known (on a global scale) budget wine producers.

What brings me to Jacobs Creek is something called The Label Project, a little competition I was a part of last year which involved guessing the identity of three bottles of wine sent out to bloggers around the world. The prize for this competition was a trip to the region(s) where the three wines came from, and I scored enough points to be one of the winners.

Now, I already spend plenty of time in the Barossa, Adelaide Hills and Coonawarra, so the trip itself wasn’t really the main motivation for me taking up the prize. Rather, I really want to kick dirt, peer into tanks and ask questions about branding and wine styles and labelling. I’m here to find out how Jacobs Creek ticks, to question why St Hugo, Steingarten et al don’t seem to taste as good as they used to (in my opinion at least) and establish why the well made, underrated Jacobs Creek Reserve wines aren’t given any respect.

Stay tuned to see how I go…