(This is largely the same post that got embroiled in the embargo drama, with just a few important date changes. I’m really very glad to be finally publishing this).

The Penfolds roadshow travelled through Sydney a few weeks ago, showcasing the latest vintages of the Bin Series wines to trade and media before the March 6 release.

While I don’t always get to attend this Penfoldstravaganza, it is always an interesting look at how our most famous winemaker has fared in each vintage.

Normally Peter Gago is the man behind the microphone at this annual event, yet sadly he was laid low with an ear infection, leaving the Penfolds Global Ambassador Jamie Sachs to talk up the wines instead.

With Penfolds celebrating their 170th year in 2014 there was a celebratory atmosphere at this tasting too, even if the gig didn’t seem quite as fun without Gago doing his usual energetic spruiking…

Gago or not there remains some highlights (and a few lowlights) in amongst this 2014 Bin Series collection, with the 2012 vintage wines notably attractive. Little wonder that Penfolds winemaker Steph Dutton rates ’12 as one of the finest of the last 20 years…

All these new-release Penfolds wines were tasted non-blind under somewhat less-than-ideal conditions. With healthy pours and all the wines laid out together, however, it was rather easy to go back and forwards, comparing and contrasting. The only other distraction was some random people around me whom apparently don’t really like wine. I’m still not sure who goes to a red wine tasting if they don’t like wine, but anyway… 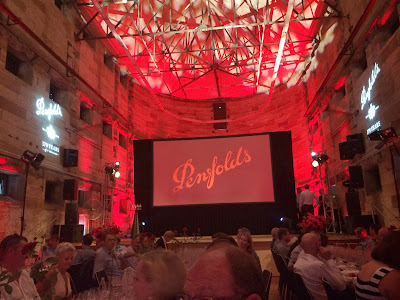 Penfolds Bin 51 Eden Valley Riesling 2013 – $30
(Sourced from the High Eden and Woodbury Vineyards. 11% alc, TA 7.4g/L, pH 2.82)
Rather forward as is the norm for Bin 51, the toast already creeping in. Nice gentle palate initially, though the acidity is fiery. I’ve never loved this and it doesn’t quite have the freshness and drive given the acidity, almost as if fruit and acidity are disconnected. Yields too high I wonder? Or just a style thing? Regardless this was only good, not great.16.5/20, 88/100. Drink: 2014-2024+

Penfolds Bin 2 Shiraz Mourvèdre 2012 – $30
(89% Shiraz, 11% Mourvèdre. Barossa Valley, McLaren Vale and Padthaway. 10 months in seasoned French and American oak. 14.5% alc, TA 6.2g/L, pH 3.64)
Note the Mourvèdre not Mataro – why? A quirk? This looks open and ready for business. Really quite plump and open nose, the fruit a little jammy and the Mourvèdre an earthy suggestion. Dry and punchy palate is mid weight and initially looks a little plump and Penfolds oak heavy. But the finish is pure fruit. Pleasant and short term tasty. A further relook at this after the Bin 138 made it look very simple and light. Plenty of easy enjoyment but more of a sub $20 wine than the $30 RRP.
16.8/20, 89/100. Drink: 2014-2020 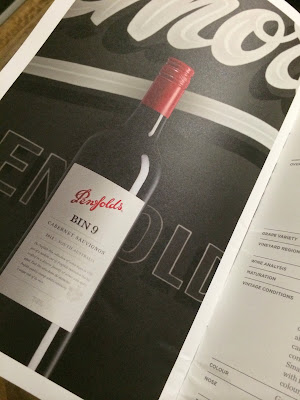 (57% Cabernet Sauvignon, 43% Shiraz. Barossa Valley, Wrattonbully, McLaren Vale, Padthaway and Langhorne Creek. 14.5% alc, TA 6.5g/L. pH 3.58)
Dark colour – noticeably dark even in the low lighting. A really surprisingly cool and coiled nose that looks more minty and Cabernetish than expected. Serious. Sappy tannin, mid weight palate is really structured with pronounced acidity if slightly raw oak. Impressive lines, though that mint and rawness may not be for all. Promising! Maybe a little too minty? Not quite as long as some of the wines in this lineup. Quite Penfoldian though. Certainly pretty substantial stuff!
17.5/20, 91/100+. Drink: 2014-2024+

Penfolds Bin 9 Cabernet Sauvignon 2012 – $30
(McLaren Vale, Langhorne Creek, Wrattonbully, Barossa, Padthaway, Barossa Valley and Coonawarra. Large proportion McLaren Vale fruit. 12 months in 12% new French and 14% new American oak. 14.5% alc, TA 6.5g/L, pH 3.59)
A brand new wine and looking pretty special. Lots of oak. Seasoned oak it may be but also obvious. Apparently Vale Cabernet makes up a large proportion of this, which could probably explain the more generous fruit. Almost Shiraz like generosity until you get to the finish which is again tannic and almost surly in its tannic raw beefiness. But it looks more real and classic Australianate in its style with more basket pressed style soft tannins than the 407 – very Penfolds and very Oz. I like this and it is going to be an awfully nice old Penfolds red in the future. You’d want to cellar it though. Ultimately this is half the price of the 2011 Bin 407 and I’d recommend this more. 18/20, 93/100+. Drink 2015-2028+.

Penfolds Bin 23 Adelaide Hills Pinot Noir 2013 – $40
(Handpicked, 10% whole bunch. Free run only, no pressing. Wild ferment. 8 months on gross lees in 52% new French oak without SO2. Not fined. 14% alc, TA 6.0, pH 3.65)
Big and bold fruit. Cold soaked. Not quite pretty yet, a wine of texture not aromatics, though finally less of a dry red and an actual Pinot this year!. A tannic Pinot though. Gago asks in the notes whether this wine  ‘has come of age’ and you could certainly mount an argument to say yes. Some mulberry fruit on nose and palate which is pretty, but it just falls away to simple berries and a bit short despite the late tannic hit. Close but no cigar.
16.9/20, 89/100. Drink: 2014-2018

Penfolds Bin 138 Barossa Valley Shiraz Grenache Mataro 2012 – $40
(60% Shiraz, 23% Grenache, 11% Mataro. 12 months in seasoned American oak hogsheads. 14.5% alc. TA 6.2g/L, pH 3.62)
All Barossa and largely western Barossa apparently. Love the spice on the nose – proper Barossa with a lovely juiciness to it too. Feels pure and light with some rubbery Grenache to finish. So real and Barossan! Shiraz and Grenache in the lighter form. I could smash bottles of this. Short to medium term joy. The most pure and unadulterated wine of this line and one of the best because of it. Really genuinely good.
18.3/20, 93/100. Drink: 2014-2024

Penfolds Bin 28 Kalimna Shiraz 2011 – $40
(McLaren Vale, Barossa Valley and Adelaide. 12 months in seasoned American oak hogsheads. 14.5% alc. TA 6.5g/L pH 3.68)
Oak really takes the lead here, though largely older oak. Could it be the absence of fruit that makes the oak stand out? Definitely a much spicier wine and sour in this lineup. Quite sour. Drying out already and quite forward with little fruit joy. Didn’t like this much – the drying finish is very brutal and it just doesn’t taste inviting. May well improve but big question marks about whether the fruit can cope with that structure.
16.3/20, 87/100 Drink: 2014-2024?