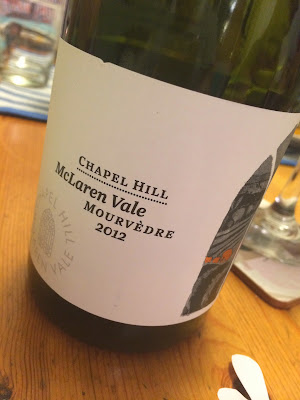 Mouvèdre/Mataro – the grape from the past, for the future.

Apologies for getting a little viti nerdy here (it happens after a week of study), but the reason why Mourvèdre/Mataro(Monastrell.. etc) is the grape of the future is its isohydric nature – a behaviour which encourages the closing of leaf stomata in response to declining soil moisture, preserving plant water resources in times of water stress.

As a result, Mourvèdre is the king of arid conditions (Grenache too), able to withstand an awful lot more heat and water stress than many other varieties, setting it up perfectly for the expected increases in temperature that climate change may bring.

Besides being well set for the future, Mourvèdre is also (happily) on trend again, only helped by a few warm, Mourvèdre friendly vintages (like 2012 and 2010) in South Australia. In fact, the only thing holding Mourvèdre back is that it is also a reductive beast, known for a slightly chameleon nature and lack of the sort of fruit sweetness that most drinkers want.

Arguably the Barossa is well ahead of the curve here, having crafted Mataro/Mourvèdre based still wines (as opposed to just using the grape for foritifieds) for longer than nearly anywhere else. McLaren Vale, however, has plenty of vines in the ground, with a potential that is still being tapped.

If anyone can get McLaren Vale Mourvèdre right though it is the ever thoughtful Michael Fragos, and indeed this Chapel Hill showcases much of the Mourvèdre good bits.

Deeply coloured and deeply flavoured, this has that limitless, licoricey depth that Mourvèdre does best, everything lifted up by sweet oak and gritty tannins. It’s perhaps a little jammy and there is plenty of firm acidity, yet it’s also utterly satisfying in its punch – masculine and quietly powerful, without needing sweet fruit. Long, slightly gruff and seriously good ballsy red wine.