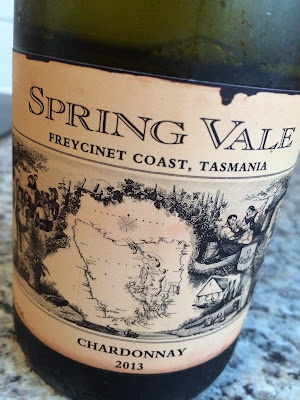 Who buys wines like this? It’s not classical Chardonnay drinkers as they’d likely see this as too lean. Neither will it entice Sauvignon Blanc fans as it is still notably full and pineappley. Which ultimately just leaves it in no-mans land…
It smells ripe, though the acidity suggests something much leaner, the combo of grass and pineapple rather distracting. Slightly too lean, acid driven palate is pleasant but feels just a little underdone.

Chablis is the intent, and the intensity is there, but still this looks like unsweetened pineapple juice. A wobble from a winery that really nailed it with their 2013 whites.

Would I buy it? No.
Buy online: Spring Vale Wines