Beyond the hype: Jacobs Creek Double Barrel wines in the glass 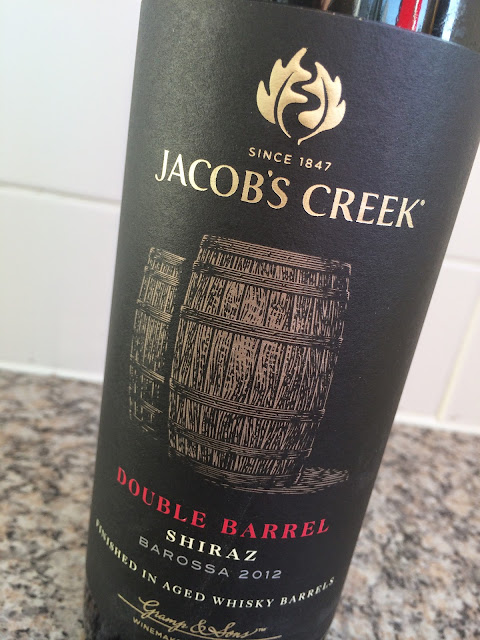 That’s the question surrounding this new Jacobs Creek Double Barrel range, the wines heavily pilloried before most had even raised an ISO to their nose.

What’s set tongues wagging about these just-released Jacobs Creek wines is oak. Whisk(e)y oak, more correctly, with the wines spending a portion of their maturation in used Scotch Whisky (for the Shiraz) or Irish Whiskey (Cabernet) barrels, largely in a bid to deliver something more complete.

While whisk(e)y oak barrels are essentially quite similar to wine barrels, there are some subtle differences.

Whisk(e)y barrels have narrower staves – which allows for greater oxidation exchange – and are toasted at a much higher heat.

That tends to release more natural wood sugars and encourage more oak flavour and phenolics into the whisk(e)y (or wine in this case).

For this range the barrels are all well-used, so arguably you’re not actually getting much of these whisk(e)y influences at all. Further, the wines spent the first 12-18 months of their lives in traditional oak anyway, so you could say that these older oak barrels are largely just storage vessels rather than flavour imparters.

More to the point, the notion of finishing wine in barrels that aren’t traditional American/French oak barriques/hogsheads isn’t odd at all.

Plenty of wineries experiment with barrels made using, say, Russian oak, or a whole shade of different sizes and different barrel coopering methods (like the ultra-thick staved Dominique Laurent ‘magic barrels’ favoured by Torbreck for ‘The Laird’).

Regardless, what drives this move to tinker with oak is Jacobs Creek’s admirable ‘culture of innovation’.

As I wrote about here, Jacobs Creek has to be one of the more innovative big wine companies in the nation, with a whole unit dedicated to exploring just what can be achieved.

Having spent some of my post-grad university life studying innovation in the wine industry (its a long story involving many essays. Don’t ask), I’ll always dip my lid to real innovation by an Australian wine business, and particularly a big name winery.

In fact, I’d wager that if a small, more quality (rather than quantity) focused maker than Jacobs Creek made these wines, we’d probably be heralding them as the cutting edge of the industry, rather than some sort of novelty.

That novelty factor is really the main rub here. The use of neutral oak at the very end of maturation (after conventional wine barrel ageing) suggests that the decision to use whisk(e)y barrels could be more about perception than a big paradigm shift.

More annoyingly, the juice used for this experiment tastes like simple, every-day $25 red wine, when what’s needed to make an impact is something much more serious – some A-grade grapes to really make a statement.

Further, promoting more obvious oak in a wine seems like something of a retrograde step too, with the current climate tending more towards regional expressions and less oak influence across all varieties, not more.

As these tasting notes attest to though this duo is much better than expected.

We’re talking about a fair Barossa Shiraz and a quite solid Coonawarra Cabernet Sauvignon at a good price.

My gripe is simply that this range was billed as a whole new take on oak maturation – innovative releases that the Jacobs Creek winemakers could really hang their hats on. Yet the innovation seems half done – a notional attempt at oak evolution, while really just giving a marketing USP.

I kept waiting for the extra oak to drop here – would it be an oak showcase? There is an obvious caramel vanillan line and a suggestion of caramelised fruit but otherwise it’s just a raspberry/red fruited Shiraz. Mid-weight, with medium concentration, it’s a fair $20 red, if soft to finish and a bit dissipated.

Nice and varietal nose – no subterfuge, just a suggestion of mint. The dry, mid weight palate is surprisingly vital and finely tannic too, if a bit raw to finish. It looks like a genuine $25 Coonawarra Cabernet really, with nary an oak oddity in sight, just needing a little more precision to be great. 17/20, 90/100 TL:RL : Tasted like an average wine dropped into extra oak maturation to bring out a unique taste.
Whisky matured in wine barrels needs to be carefully maintained, and is rarely done outside of the larger distilleries due to the extra processes involved. This wine shows exactly that .. it needs to be done right to reap the rewards, but I don't think this was done right. Wouldn't buy again and difficult to recommend.

Hooked on the 2013 db shiraz. $17 at DM on special, I keep coming back to it, a lovely soft juicy drop with some interesting development on the nose. Obviously many greats at $20-30 range but the elitists have got this one all wrong in my opinion ( read some shockingly arrogant stuff about double barrell before the first release).

Nice article by the way.

Good form Wade. Lots of wines are around that overperform for their standing – look only at the humble, typically very good, dirt cheap Jacobs Creek Riesling as an example.