Domaine Faiveley newish releases – an estate on the up

Domaine Faiveley new releases – an estate on the up 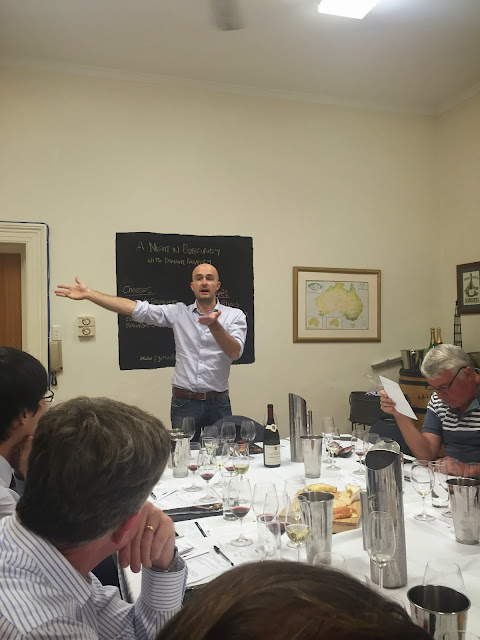 There’s been big changes at Domaine Faiveley over the past decade or so. Big changes since when I first entered the industry and this renowned old Burgundy estate was known for heavily extracted, raw wines that provided good value (and cellared well) but struggled in the drinkability stakes.

These days Faiveley are more than 80% domaine sourced fruit and, with Erwan Faiveley (pictured above) at the helm, the style has evolved into less extractive styles and more fruit.

More than just personnel changes, Faiveley are on the acquisition trail, recently picking up Chablis’ Billaud Simon. Time will tell what happens there, but already Erwan notes that ferments have been slowed, and more wild yeast utilised. Promising if nothing else.

These wines look better than I remember too, poured by Erwan recently when he was in town as part of the Sydney Burgundy Celebration.

Notes were written (hurriedly) during the tasting. Tidbits from Erwan and background info in italics.

‘Charmes is known as being particularly rich, however our plot is just below the Clos de something which is very rocky.’ Barrel fermented. 40-50% new oak.
Honey and nut golden flavours. Lovely golden richness, surprising alcohol warmth and oak tannins to finish. Packs some certain power, but just a little broadly painted to be brilliant. Will settle with another 2 years in bottle. 17.7/20, 92/100

From a plot purchased in 1872.
Dusty, but quite complex nose. A slightly fatty, buttery palate, a little disappointment after the nose. But that drive! This has special acidity. Back palate loaded. Certainly high quality and of a much higher tier than the Mersault. Such a classy wine, if just a bit too dusty and fusty to be glorious. 18.2/20, 93/100

Dusty nose. Ripe fruit palate, warm finish. Has some open and easy red fruit flavours. Not much finesse. Does the job and attractive enough in its red fruit. 16.5/20, 88/100

‘(Blagny wines) don’t have the structure to age but a very pretty wine’
Ripe and quite firm, there’s a gruffness to this which is quite unexpected. Vital raspberry fruit, some leaf litter. Quite warm though. Middling. 16.8/20, 89/100+

‘Picking at the end of September is something unusual these days. 08 has a beautiful personality’
Ahh. There’s a better sense of delicacy here. Perhaps some mixed ripeness. But the alcohol feels modest, the acidity is clear and this feels cool and leafy. Real character. Has that ripe, gentle feel of older Burgundy, though ripeness is a little flawed. Good, not great. 17/20, 90/100

Alcohol. Lifted volatiles and lifted acid. There’s some alcohol creeping out, a juicy flesh of red fruit and grilled capsicum. Closed and just a bit hard. Going to get much better. 17.7/20, 92/100

Much better. A pretty flesh, warm alcohol, red fruits overpowering the alcohol. This has presence and a real sense of delicacy. There’s something quite special about this – that softness and juicy red fruit, but grandiose Gevrey flavour. Grand Cru quality just waiting to get out. 18.5/20, 94/100

’07 was one of the warmest we’ve had. Very early picking’
Animale. Meaty and quite forward with a roasted meat flavour. Clearly high quality vineyard and quite silky. Is the animale ugly though? Just a little gluey. Delicious meaty flavours. So long! Beautiful silky palate. If only the earth was a little less pronounced and this would be a heartstopper. Still grand. 18.5/20, 94/100