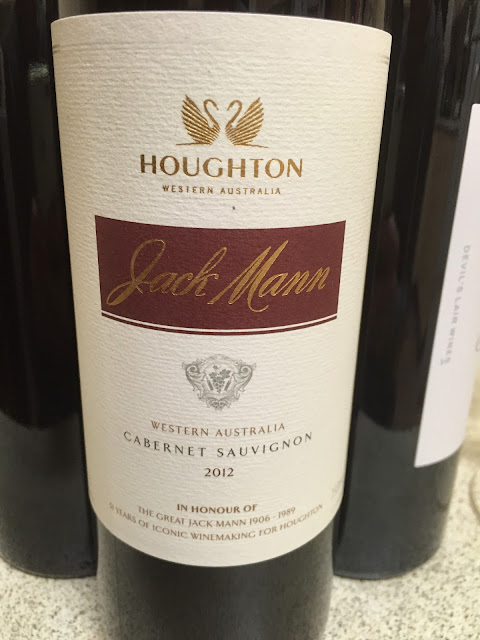 I opened this alongside the Devil’s Lair in a WA flagship death match, and they couldn’t be any more different.

Sourced exclusively from the Justin Vineyard in Frankland River, planted in 1971. I’ve tasted a few Houghton Jack Mann’s now, and this is built in a similarly slick mode as the ’11.

What’s magical here is the barrel sample-esque freshness – a vibrance of sweet juicy black berries and fine tannins, the whole wine from go to woah polished and smooth, with a seamless texture that feels like absolute top tier Cabernet and a rare velvety power.

But I almost missed it all. At first, this had an ‘I could be from anywhere’ oak/fruit thing that could be Napa or aspirational modern Bordeaux or even Tuscany (without the Italianate tannins). It wasn’t until 12 hours open that the hints of mint chocolate and textural finesse showed its hand.

Ultimately this is classy stuff. It’s such a contrast to the blocky, raw edged Devil’s Lair that they could be from alternate planets – yet still obviously high quality and satisfying Cabs. I’d drink the Devil’s Lair now, the Jack Mann later.