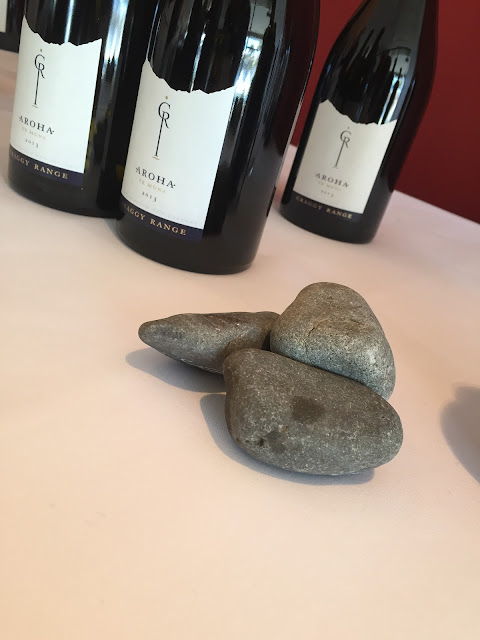 ‘We set out to make the finest wines from the start.’
Terry Peabody

A noble sentiment, no doubt, but making fine wines from scratch takes some cash. Indeed Terry (Transpacific Industries founder and entrepreneur) has sunk well over $60 million into Craggy Range for starters.

You only have to visit the beautiful Craggy Range cellar door and peer out at the wild crags of Te Mata peak to realise the appeal of such an investment. Billionaire or not, that’s a dream for many of us realised right there – jealousy-inspiring even.

Still, while the estate is nothing if not impressive, I’d argue that the wines have sometimes looked a little over-made. Almost like all that expectation results in the wines receiving 110% the winemaking – including the resultant heavy-handed new oak.

If ever there was a vintage for that to change, however, it is surely 2013. Described by Terry as the ‘best vintage we have had for a generation’ it was one of those years where everything came together.

As Craggy Range Chief Winemaker Matt Stafford put it at lunch a few weeks back, the key here was that in 2013 the sun really shone:

‘I think anyone who lives in New Zealand will talk about the 2013 summer. In 2013, we had two weeks forecast with nothing on the radar. Compared to 2012 when we had to fight to work around rain events, 2013 was just exceptional, and we could pick when we wanted to.’

The only challenge with a year like ’13 is that it was too perfect:

There’s caution about getting too excited about a vintage in the trade too:

‘2013 followed a very cold vintage. I think people are dubious about winemakers talking up a vintage being so good when you don’t make the when the year before’ Matt explained.

Regardless, these new 2013 super premiums are the best Craggy Range wines I’ve had. Even the Aroha Pinot, which I’ve never loved, looks more lively this vintage. Crucially, the oak looks better integrated than any Craggy Range lineup yet.

Dark red with a little purple. Ripe, tomato bush and rhubarb with some lifted red fruit too. Initially quite closed and masculine, it opens up into something quite mid weight, with vanilla oak through the middle.  Not a truly beautiful wine, yet, it’s compact and structure-led, the oak tannins a full stop. Will be long-lived. 17.7/20, 92/100+

Craggy Range Sophia Gimblett Gravels 2013
‘My pick of the vintage’ says Matt. ‘Lovely dried herb note coming through. We were losing the aromatics in the early years’. 62% Merlot, 19% Cabernet Sauvignon, 18% Cabernet Franc and a dash of Petit Verdot. 19 months in oak. 13.8% alc.
Lovely fragrance here – that nose of dried herb, coupled with lead pencil. Dried palate has very firm tannins and style. Bone bone dry. Extraction again very high – it’s just a bit firm, a filip of vanilla oak too. Long though. Shapely tannins. It’s awfully backward and even stand-offish but such class! In time, this will overtake the Le Sol, yet I think right now the Syrah is the wine I’d drink. 18.5/20, 94/100+