From the archives: A trip to top English sparkling producer Nyetimber

From the archives: A trip to top English sparkling producer Nyetimber

In exactly 21 days time I’ll be off for what is the most exciting trip I’ve ever been on – a 9 week wine, food, beaches, more wine, more food (and plenty of beer) tour of western Europe.To say I’m looking forward to it is putting things mildly – that I’ll be soon exiting a shitty cold Sydney winter and landing on a warm beach in San Sebastián makes me giddy.

Naturally this trip isn’t pure holiday, and I’ll be spending plenty of time in Spanish, French, Italian and Greek wine regions along the way. As a result, the posts here on Australian Wine Review will switch to on tour mode, with more wineries, more food and more pictures of beautiful spots. I apologise in advance if you’ll be spending August and September stuck behind a desk. Tune out in exactly three weeks time.

Anyway, today I’m delving back into the archives (of sorts) to a visit I made circa 22 months ago to English sparkling wine producer Nyetimber. I never quite got around to writing up this appointment, and it got relegated to the dreaded Drafts section, where unformatted posts can live forever…

Nyetimber certainly don’t deserve such disdain, as the quality of bubbles alone is worth the attention. They’re really that good.

Firstly though, a little background:

Nyetimber counts 152ha under vine in both the West Sussex and Hampstead regions in southern England, with the original estate located on a south-facing slope in the lee of the South Downs, the soil a typical mix of chalk and ‘green sand’.

Historically the plantings were focused on Chardonnay, but more recently that has changed to include more Pinot Noir and Pinot Meunier.

While the vines only date back to 1988 (when it was the only vineyard planted exclusively to sparkling wine grapes) the Nyetimber Manor itself can trace its history back at least 1,000 years, gaining a mention in the Domesday Book and once the home of Anne of Cleves, fourth wife of Henry VIII. 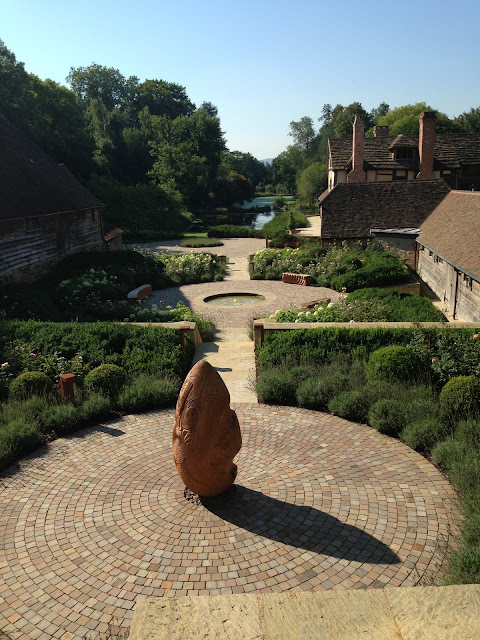 As you can see in the picture, it’s a beautiful place, carrying that true English countryside feel, even complete with random people on horseback wandering through the vineyard (apparently there is a path passing alongside the estate that is some sort of ancient access way, which means that people randomly passing by on horseback is a regular occurrence).

What has helped the success of Nyetimber, however, is an uncompromising approach to quality. That sounds cliche, but with multi-millionaire investor Eric Heerema bankrolling things, winemaker Cherie Spriggs doesn’t have to worry about cash. Indeed, they didn’t pick a grape in the bloody hard 2012 vintage (because why compromise yourself).

Ambitions are big for this producer, with an intention to produce 500,000 bottles (eventually).

Thankfully demand is outstripping supply, with parochial locals predicted to smash through £100m worth of English bubbles this year with some retailers reporting rises of up to 177% year-on-year.

Theoretically at least, it’s not that surprising that sparkling is finding a happy home in the chalky soil of southern England, as the chalky soils are not wildly different to that of Champagne.

The problem, of course, is that southern England is considerably further north than Champagne (circa 50.9-51°N vs 49-49.5°N), wetter (200mm per year more rain at North Heath in West Sussex vs Reims) and cooler (0.9°C cooler based on July averages of North Heath vs Reims), making for a climate that’s even more marginal for grapegrowing.

Global warming, however, is going to be a friend of English wine production, with the resultant warmer summers thought to help make these conditions that much less marginal.

These Nyetimber wines, however, are already on a high plane of quality, if built in a style that is different to Champagne. The acid is different, for one, with a very firm, green apple twang that can be a bit too overt – it’s a style that needs more time on lees than equivalent Champagne (and it will live longer too).

Already we’re seeing the best English sparklings on a par with good Champagne, and given a few more years this process is going to accelerate even more. An exciting time for English bubbles!

The following wines then were tasted at the estate in early September 2013. Contextual bits are in italics.

Nyetimber Classic Cuvée 2008
Effectively the entry level Nyetimber premium sparkling. 1998 was the first Classic Cuvée and the style has evolved over time. This was the first vintage of full MLF. 79% Chardonnay, 13% Pinot Noir, 8% Pinot Meunièr.
Delicate and pretty style. Green apple palate and very delicate. Granny Smith acidity. Perhaps a little broad and candied to finish. Higher dosage? Long, but balance isn’t as good as some of the wines here. 17.8/20, 92/100

Nyetimber Blanc de Blancs 2007
No malo.
Huge. Massive acidity and lots of power. Slightly candied and candied to finish. Slightly higher dosage. Pure and clean and dense. Gives away very little – white flowers and perfect acidity. So much acidity! Impressive. Great length if you can get over the acidity. 18.5/20, 94/100

Nyetimber Blanc de Blancs 2003
8 years on lees.
Super long and lots of autolysis. Loads of autolysis. Perhaps too much autolysis which means it starts to look a little bit too clumsy and overly mushroomy. Certainly a load of complexity though. Can’t miss that green apple acidity. 17.8/20, 92/100

Nyetimber Blanc de Blancs 1996
More malo here. Not sure of disgorgement date.
Decayed lees character and almost dirty and gritty development. A little but too chunky and developed for mine. Tart finish. 16/20, 87/100Nyetimber Rose 2009
15% red wine added to the blend.
Very pretty red fruit. You expect it to be sweet yet the palate is very linear and dry. Much lower acidity on the palate too. This is just lovely Rose there is so much to like about this. 18.5/20, 94/100 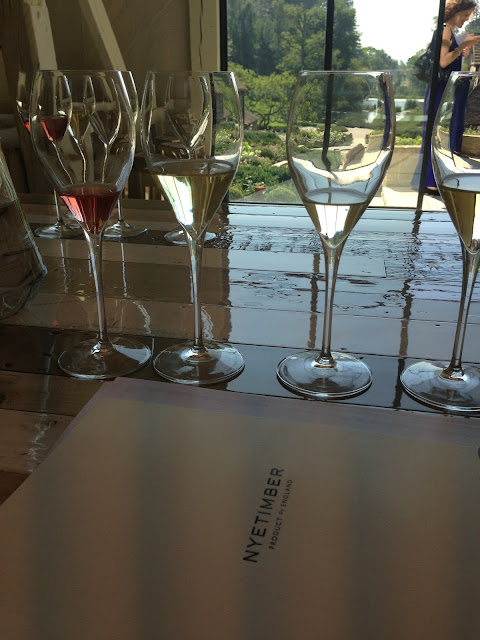