I’ve just landed in Porto, a city which seems even cooler than expected (if heaving with tourists).

It was the detour here via Ribeira Sacra that was the most intriguing though.

The crux of Ribeira Sacra’s appeal has to be the vineyards themselves. You can’t see it in the photo below, but the vineyards are largely situated on terraces cut into the the slope of the valley walls. In some cases it is just a single row on a single terrace, in a style I’ve only heard about – up close it’s absolute viticulture on the edge, and super cool. 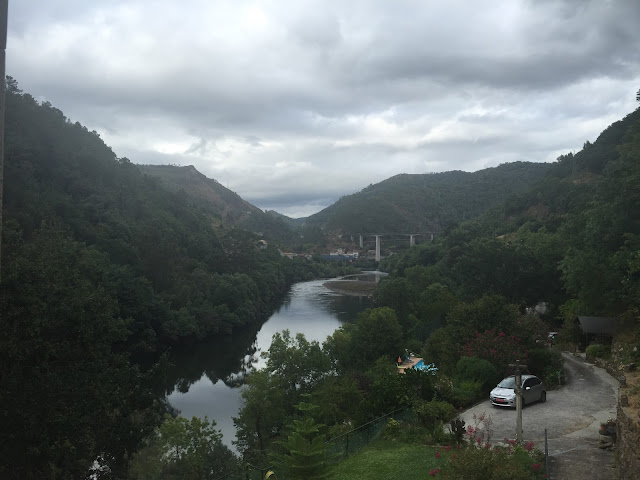 In the flesh, it’s great to see some of the top Mencia with bottle age too – we seem to only get a taste of the basic wines back home. 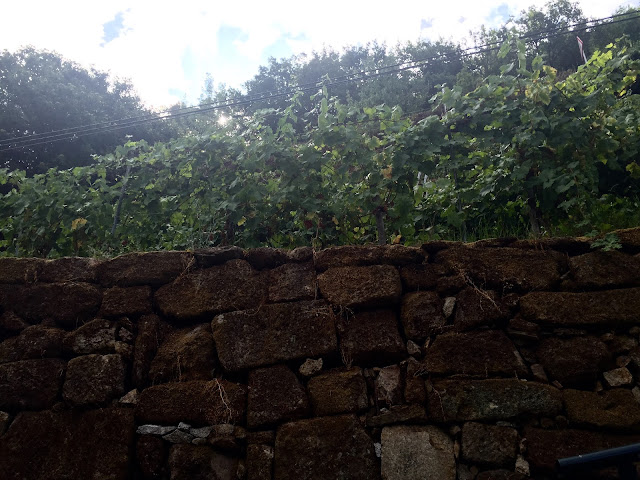 I had a bottle of 06 Dominio do Bibei Lalama last night that had picked up some meaty, bacony complexity yet still retained a core of silky red fruit, with a weight that is akin to some of the ‘Burgundy’ style Barossa Grenache out there. Colour was still super bright too; a nod to the low alcohol and natural acidity of the style.

Definitely worth seeking out though I couldn’t help myself when it was just €22/bottle on a local list.

Tomorrow it’s all about Douro, another wine region I’ve always dreamed about visiting. Another vineyard shot (not mine): https://hogsheadwine.files.wordpress.com/2011/05/vinacaneiro_2.jpg