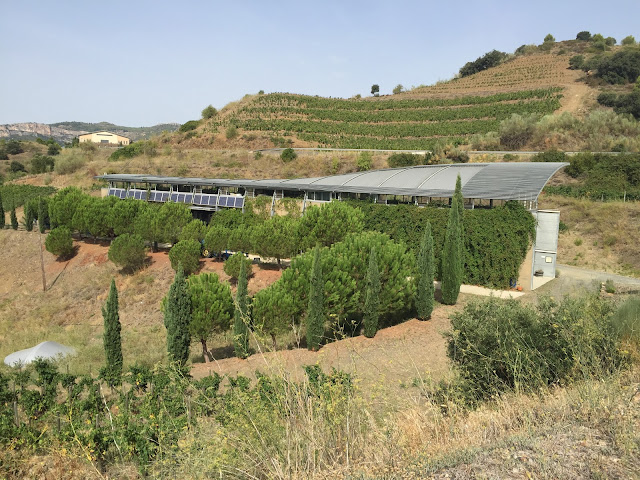 It wasn’t my intention, but yesterday I turned up at Priorat’s Mas Igneus on the first day of vintage 2015.

That meant winemaker Yolanda Carazo had little time to chat. It’s hard when loads of Grenache Blanc (known locally by its Catalan name Garnatxa Blanca) are turning up in picking boxes at the doorstep.

On the plus side, I can confirm that ripe Grenache Blanc berries are tasty. The Syrah was picked yesterday too and those spicy little grapes were nice too. 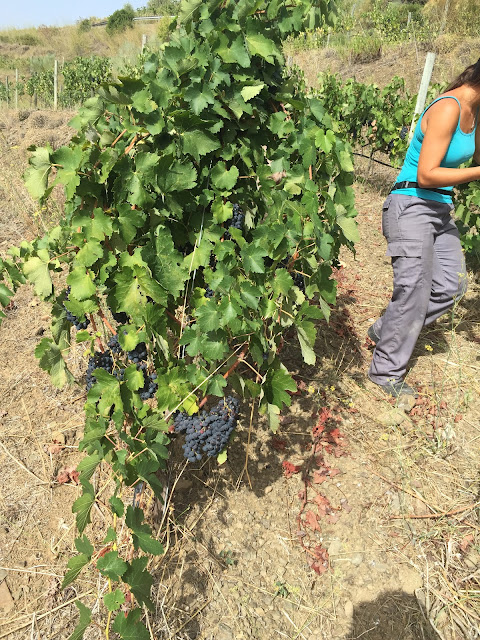 Yolanda was generous with her time though. She’s spent just 6 months at Mas Igneus and has the air of someone pumped up to be taking over something special. It seems like a massive task though as she’s the full service vigneron – viticulturist, winemaker, marketer. The lot. Tough work when you’re new in Priorat and taking over a winery that seems to have great potential (organic vineyards on a prime position in Gratallops, the heart of Priorat) but producing somewhat mixed wines. Tough.

Still, isn’t the whole joy for a new head winemaker? Take over and fix the shit out of it? She’s smart, attractive and keen as, with a history of stints in Penedes, Napa and Quartz Reef in CO (plus she was offered a spot at Coldstream Hills but missed out as the visa thing was too hard) on the resume. You just know there is success on the horizon. 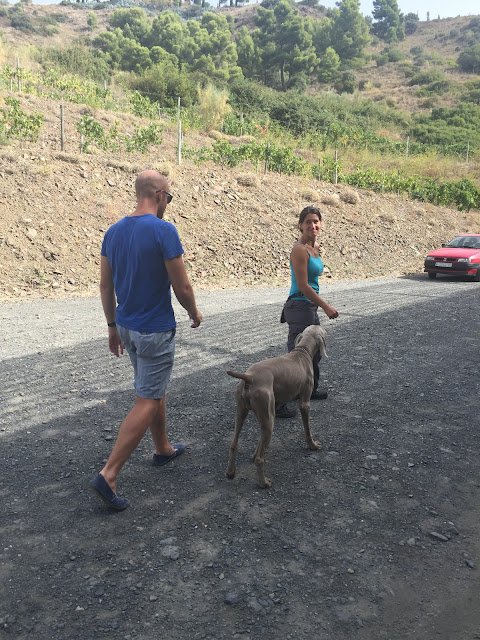 In the meantime the 2012 Coster de l’Ermita is the top of the Mas Igneus quality tree, produced off old 70yrs old apparently) Garnatxa Negra (Grenache) vines on a steep slope. Extractive, firm and youthful it’s a little too driven by oak (and oak tannins) to be sublime, but the power and complexity is still very handy. The only main downer? The €45/bottle sticker price is normal for Priorat, but rather crazy in Spain terms, where good Rioja Reserva is available for sub €30…