I’m in Santorini at the moment, a Greek island that is seriously stunning. 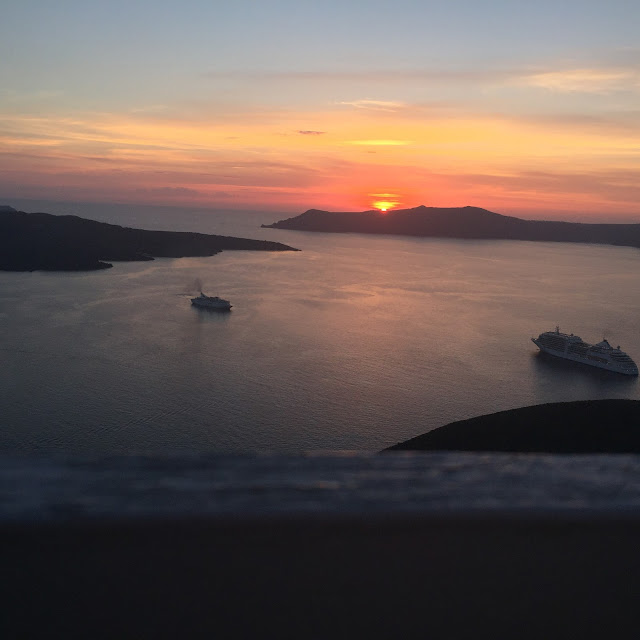 Yet despite the magic of the famous sunsets over the caldera, and indeed the quality of the local food and wine, this remains a seriously frustrating place. An island of unqualified wonder, but confounded by people.

A prime example is the donkeys. Long held up as one of the symbols of the island, they even have a range of great local beers named after them. All of which makes it appalling to watch the brutality handed out to them, put into service hauling fat tourists up the 600 steps from the Old Port.

Imagine hundreds of donkeys that literally spend their days whipped, beaten and prodded into carrying lazy visitors that couldn’t be arsed waiting a few more minutes for the cable car (which is the same price as the donkey) or walking up the steps themselves.

The end result is one of the most downtrodden looking pack of animals in a ‘developed world’ I’ve ever seen.

Thankfully, there have been moves by some of the cruise ship companies to discourage people using the donkeys, plus animal rights groups have helped improve standards, but still the brutal treatment continues.

All I can say is – don’t ride the donkeys.

Beyond that, I can’t shake the feeling of decrepit chaos here. Everywhere smells like cat wee from the endless mobs of feral cats (and dogs); the roads are a dangerous joke, the beaches sometimes blanketed in litter. All of it clearly indicative of a part of the world that feels like it’s just hanging in there. 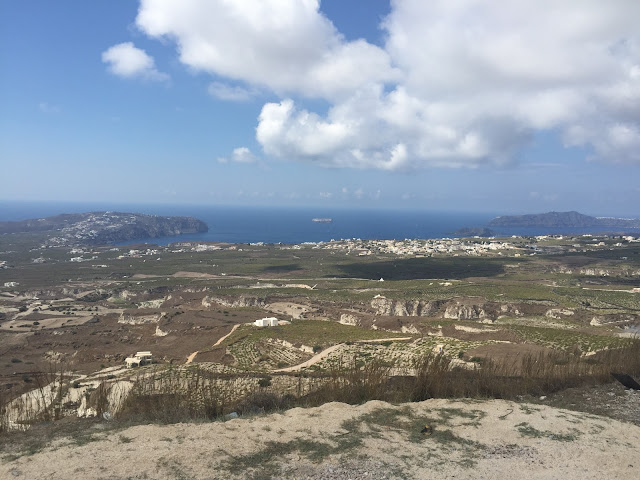 All of that is such a contrast to the island’s good bits. The water in the caldera is so bright purple blue (and clear) that it almost looks painted and not real. Ditto the beautiful black and red sand beaches, and mountainous volcanic islands which jut up out of the sea.

There are great wines here too. I ducked into Gaia a few days ago afor some of the most polished wines around, covering classical Santorini whites and modern reds from Nemea. I find Gaia’s heavy-handed use of new oak frustrating for styles that are too delicate for obvious wood, but no doubting the quality. Their 2005 Vinsanto by Gaia, in particular, is seriously good and reflects deftly on what is the island’s most traditional wine style. Pity bugger-all of the stuff makes it out of Greece.

Besides vinsanto, it’s been easy-sailing negotiating the local Assytriko-based whites too. Everyone raves about the 2014 Argyros Assyrtiko but I found it a bit broad and imprecise for much beyond simple drinking. The 2014 Hatzidakis Assyrtiko is better, if still a step behind the super-dry simplicity of the 2014 Gavalas Santorini. The Gavalos is a stainless steel-fermented Assytriko from what is apparently the island’s oldest vines and has great intensity.

On that subject, the vineyards here are something very different. Each vine is pruned into a low ‘basket’ that is intended to shield bunches from the sometimes destructive wind (there’s a great description of the basket pruning here). You thus end up with vineyards that look more like cabbage patches, with low, sprawling bush vines untrained at first glance. The vines are then protected by stone wind-breaks and often planted on steep, terraced slopes. 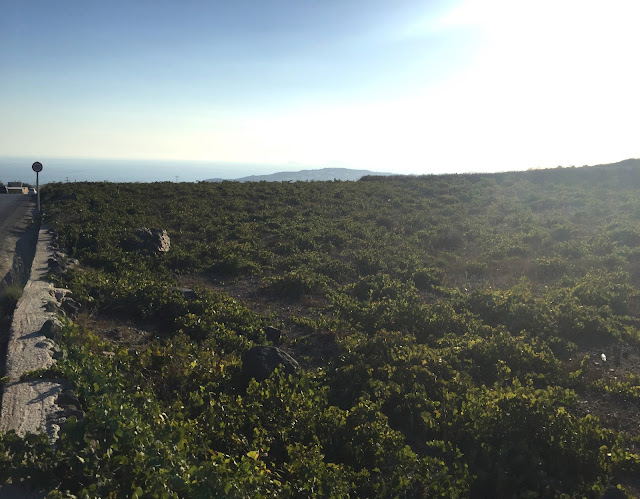 The vines are bloody old too. There’s often a century of wood at the core of each basket, though unproductive vines are chopped off and grow again from rootstock. It’s all own-roots here too, as the volcanic sand and pumice soils are no friend of phylloxera. Apparently some rootstocks date back 500 years or more, an amazing stat that just punctuates the magic of the island.

As I write it’s starting to rain here in Santorini, which also feels a bit odd. Apparently it’s so dry here in summer that the vines survive on dew, so persistent rain seems magical.

If only everything here was as refreshing as the rain…