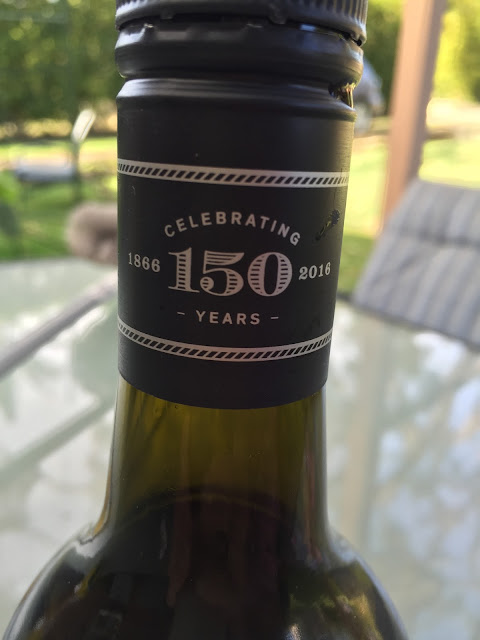 Best’s celebrate their 150th birthday next year and they’re making a big deal about the occasion with special new packaging.

To honest, I’d demand new livery if I was 150 years old too. Gee I’d be a grumpy bastard by then…

This pivotal western Victorian producer have really been in good form over the past few vintages, with the Best’s silverware cabinet groaning under the weight of wine show silverware – ‘the Jimmy’ chief among them.

The ‘pivotal’ bit is not a throw-away term either, as there is some amazing vine material in Best’s ancient vineyards, including some of the world’s oldest Pinot Noir vines (from two ancient clones, one Swiss and one French) and eight different varieties that are still as-yet undefined.

It is the Shiraz clones at Best’s that are particularly important, cuttings of which are called the Best’s clone and used as source material all over the country.

Best’s have changed the way they make wines over the past decade too, with a string of clever winemakers passing through the building of late – including Adam Wadewitz (now at Shaw & Smith) and more recently Justin Purser – leading to a much more modern feel to this venerable winery.

Personally I think the biggest advances have been in the quality of the Riesling(s), plus the renewed focus on Pinot Noir and Pinot Meunier (the Meunier is a real sleeper).

Shiraz is obviously the hero at Best’s and the most recent vintages of Bin 0 and Thomson Family have been superb. I find myself less enamoured with the modern form of Bin 1 though, which has become a little too juicy and polished.

With this vintage it is most pleasing to see how the improvement in the Cab, which can look a little weedy. Not this year. The hero of this lot is definitely the Riesling, which balances ripe fruit, residual sugar and acid with some ease. 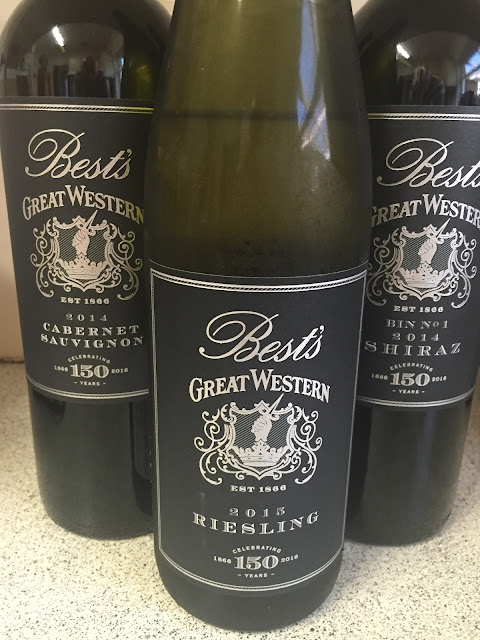 Best’s Great Western Riesling 2015
From a vintage that started cool and dry with spring frosts before a dry and warm season. Crops were low. The elevated Rhymney vineyard was the pick for Riesling fruit this year.
Clearly the product of a warm and dry vintage, there’s an extra level of juiciness this vintage. There’s yellow apple, lemon and green melon on the nose, over a palate that is round and full with a twist of residual sugar and a perfectly sprightly finish. Nice wine, with a real mouthfilling fullness without losing shape. RS is balanced too. Drink well chilled and young methinks, though it will go for ages. Another very smart release Drink 2015-2016 or wait until 2020. 17.7/20, 92/100, 12%, $25

Best’s Great Western Shiraz 2014
Best’s were lucky to dodge a bushfire in the region this vintage, though they feel that the early season (January) heat pushed the vines into dormancy and made the ripening later again.
Magenta red purple (Viognier?) and very bright, there is an overlay of Grampians pepper on the nose over a typically plummy juicy palate, finishing off with faintly bitter tannins to the tannins and integrated oak. Medium bodied, this tastes just a little short and simple for really big points, though it is clearly regional. Good, without being great (yet). Drink: 2016-2022. 17.5/20, 91/100, 14%, $25

Best’s Great Western Cabernet Sauvignon 2014
This is probably the most Great Western and least Cabernet Sauvignon Best’s Cab in some years, to the point where you could almost confuse this with the Shiraz on first glance. That’s not such a bad thing, really, depending on what you’re looking for. This looks very young, bright purple coloured and fresh, the nose all purple fruit, the mid-weight palate ripe and well placed, even though the finish looks rather dried out and a bit tough. A pretty solid wine though, if desperate for bottle age and better than many previous vintages. Will live and go even longer than the Shiraz to boot. Drink: 2017-2028. 17/20, 90/100. 14%, $25